This Iranian Rainbow Trout caviar is raised on aqua farms in accordance with all Animal Welfare laws. It is characterized by its brilliant orange color and its sweet smokey flavor. The images that the word caviar invokes are luxurious. 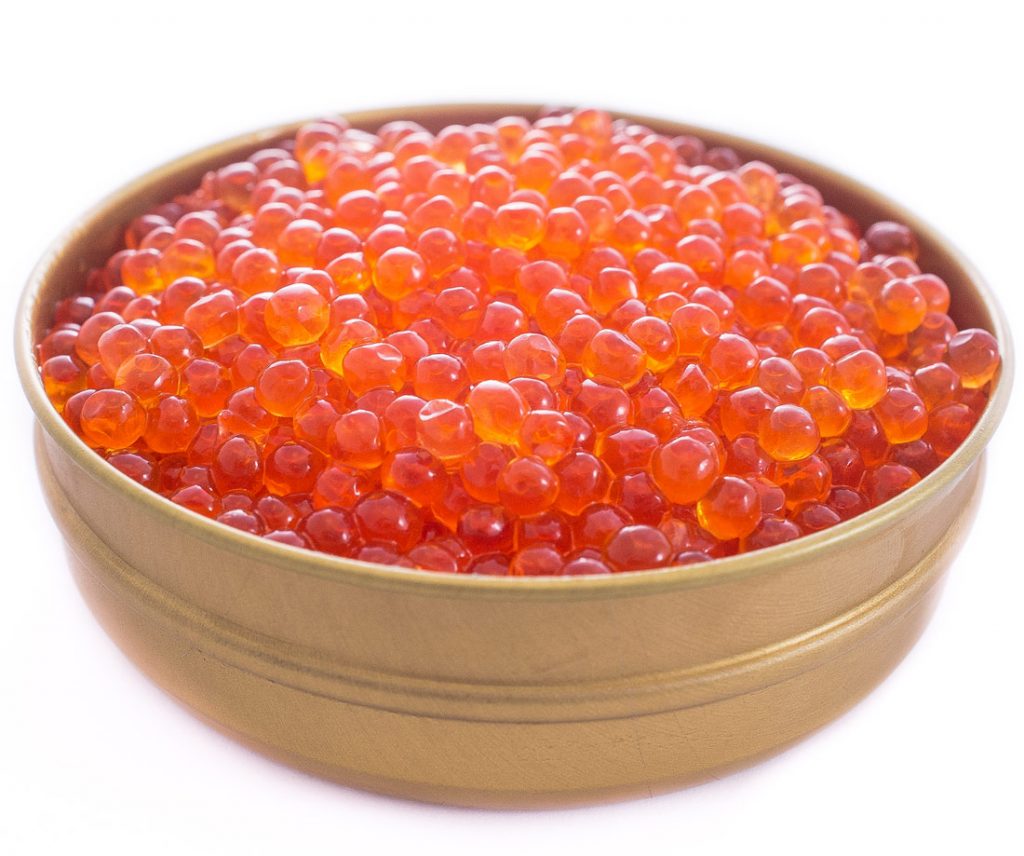 The eggs of the Iranian Rainbow Trout are a fiery orange color and these pearls are finer than average, giving them a noticeably unique mouth feel. Their flavor is sweet, and leaves hints of smoke behind on your palate Caviar is a v ersatile ingredient and a little goes a long way. A small spoonful of pearls a top an elegant canape; will give infuse your dish with a salty sense of opulence that is truly intoxicating. Some flavors and food that caviar will compliment nicely include fish, shellfish and eggs. To accentuate the texture of the caviar, try including them on the backdrop of a creamy ingredient, like the smooth center of a deviled egg, or a dollop of whipped cream cheese atop of a bit of smoked salmon.

The Rainbow Trout Fish, whose name refers to the many rainbow-coloured spots on its skin, is the leading freshwater cultured species in Iran. Native to the Pacific coastal area in the United States, it was introduced into Iran at the end of the 19th century. Its hardiness and fast growth quickly proved particularly well adapted to aquaculture. Rainbow trout are farmed today in nearly all European countries, especially in coastal countries with a temperate climate.